“Delivered with style, creative pizzazz and just enough self deprecatory wit. Aerialists scaled the side of a huge video screen slung on the side of St. George’s Hall manipulating the video images like the touch-screen on an i-Pod. Two hundred local children processed at both shows proudly carrying their own “cultural cargo” in illuminated boxes. Simple, symbolic and evocative”

Bill Morris, Culture and Events Chief for the 2012 London Olympics

“The show with a cast of hundreds and an audience of tens of thousands was a technical tour de force. It was a story to eventually tell their children and their children’s children. Something unique to remember, like how their parents and grandparents recall what they were doing the night man landed on the moon.”

“The creatives involved in putting the show together have, rightly, been applauded, especially as gales and floods cut rehearsals down from five days to three… the crowd, estimated at 60,000, was double that predicted. Coverage of the magnitude we received last week comes very rarely to a city. So, to everyone who contributed to the weekend, a heart-felt thank you.”

In January 2OO8 Mark directed the outdoor opening night ceremony for the Liverpool O8 Capital of Culture. The spectacular show, performed on and around St George’s Hall in central Liverpool, starred Ringo Starr, Dave Stewart, The Wombats and more than 6OO local people including guitarists, choirs and schoolchildren. A team of aerialists scaled the Hall accompanied by film and fireworks. The world looked on as Liverpool held its breath before being treated to a stunning overall performance to more than 70,000 ecstatic audience members. 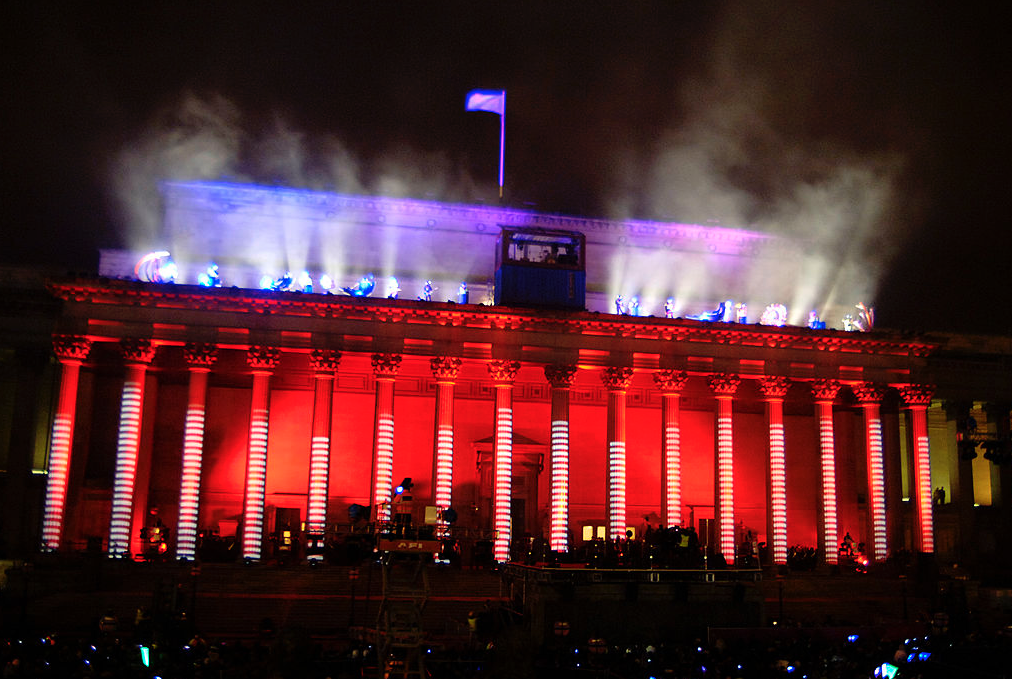 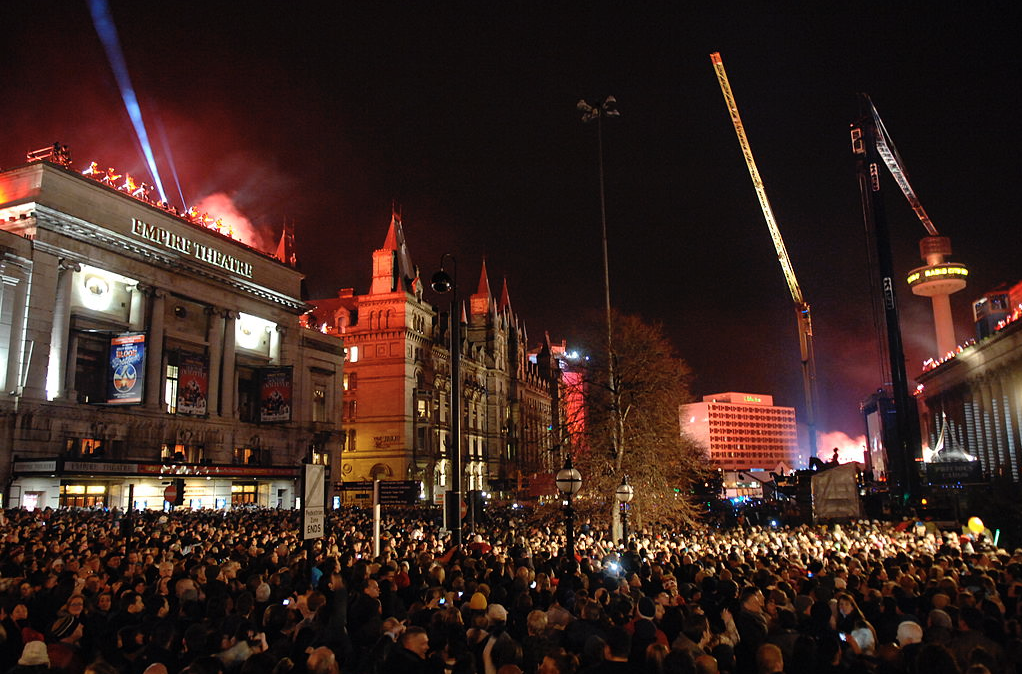 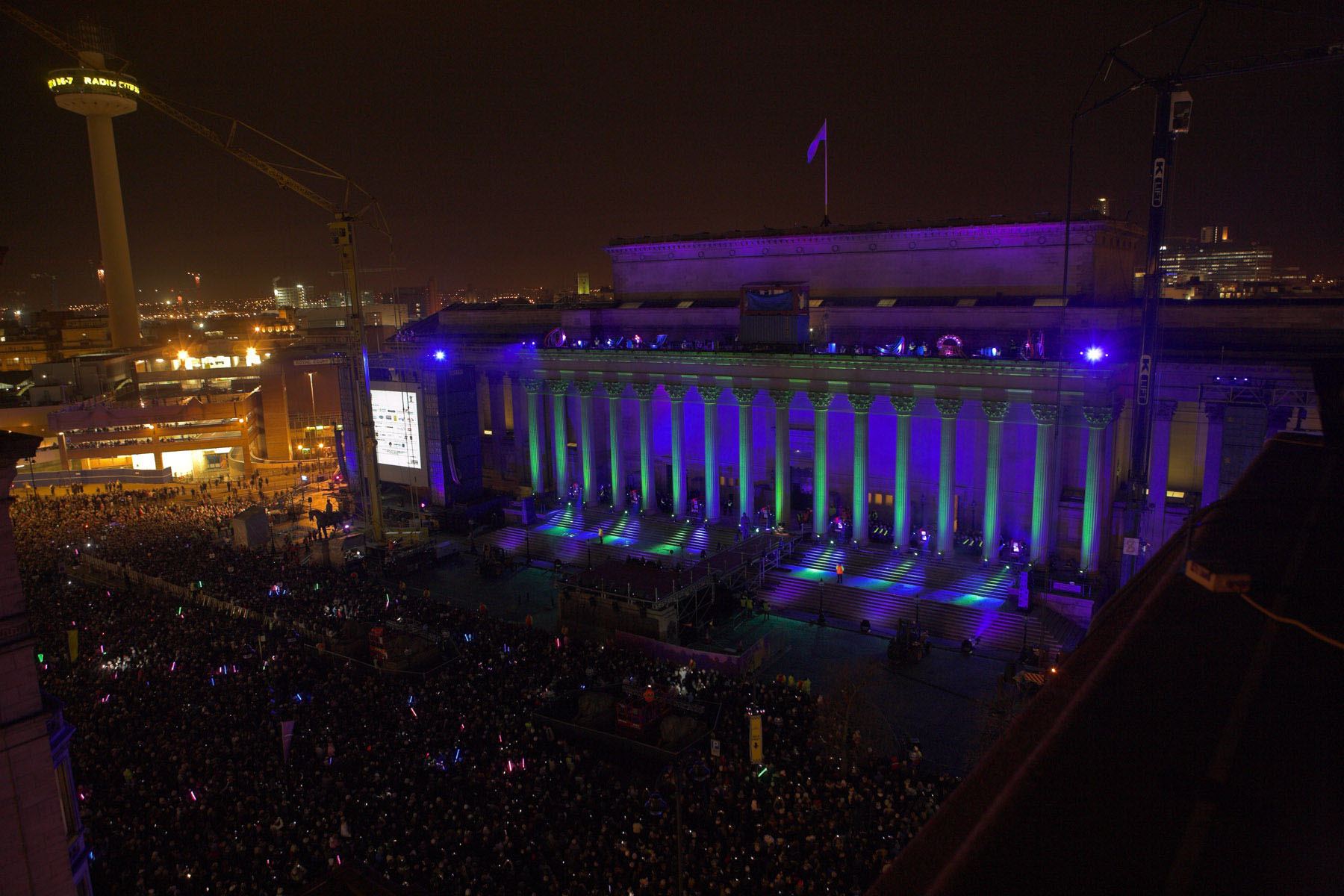