“5 Stars. Within minutes it is clear the Land of Giants is something very special indeed… startlingly original, moving and breathtaking… if all the events of the London 2O12 Festival are bursting with the same originality and passion seen here, then we will certainly match the sporting side of the Olympics with striking British art and culture.”

From the moment a mysterious letter A falls out of the sky and lands in a Belfast garden to the electrifying climax in which that letter becomes an inspirational and unstoppable idea, this show was like nothing ever seen in Northern Ireland. 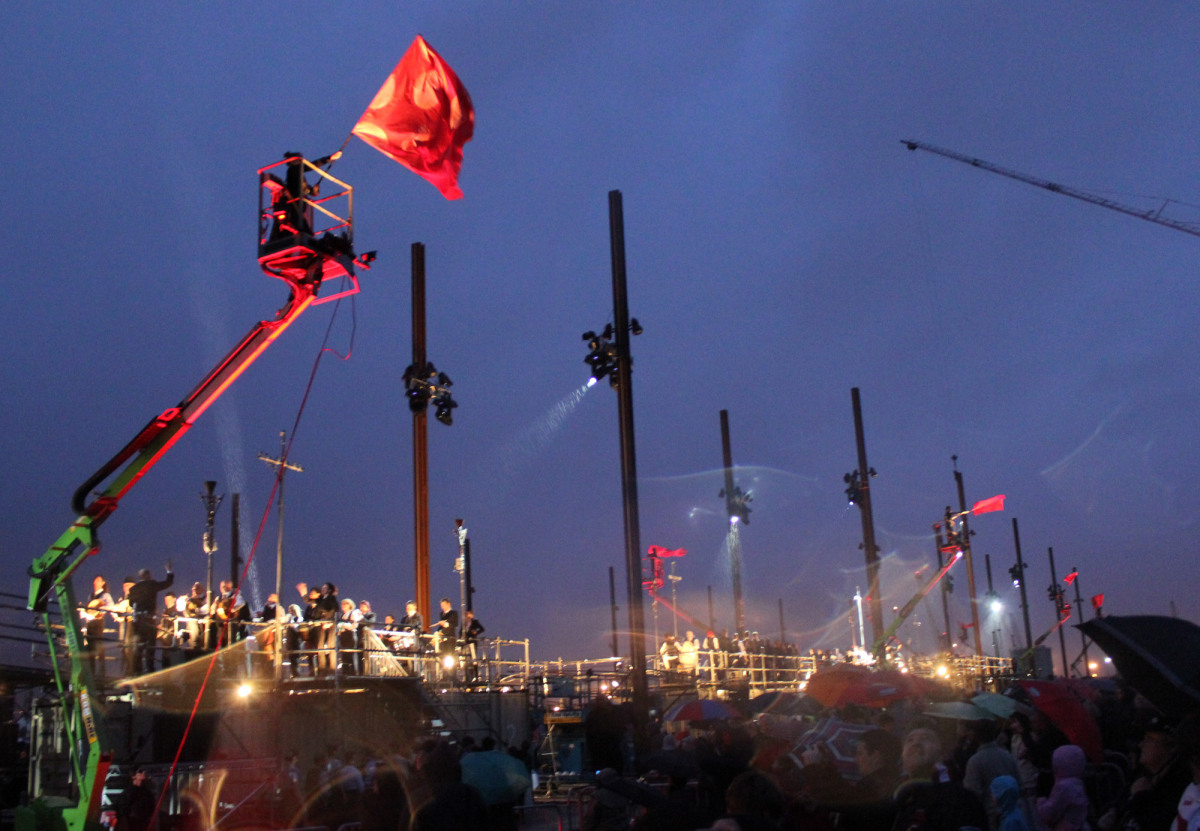 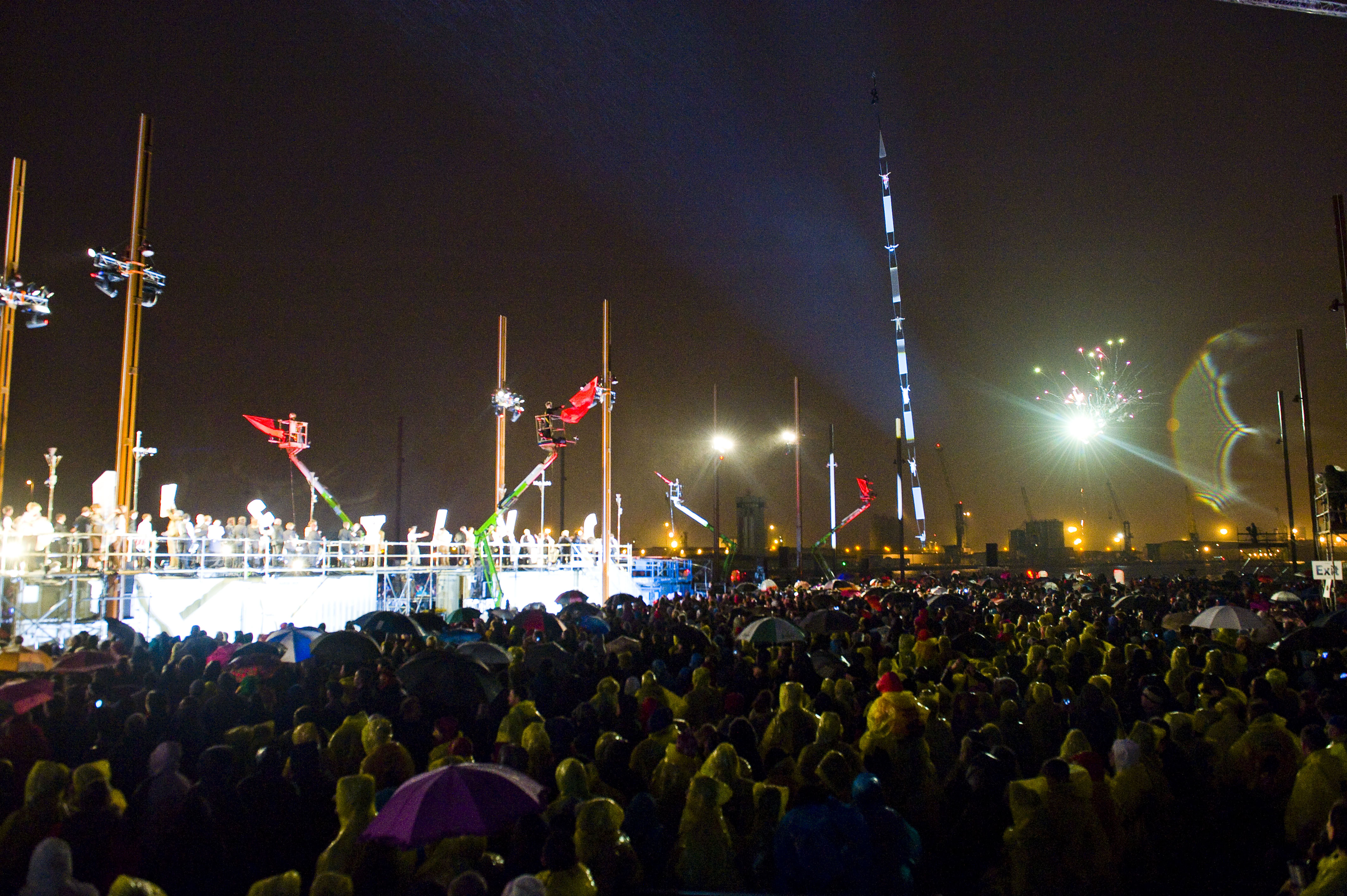 Launched from the historic site of the Titanic slipway, LAND OF GIANTS was a thrilling, theatrical and thoroughly modern celebration of the giants — mythical, industrial, cultural, literary and social  —  which Northern Ireland has given birth to throughout history. Its focus was not just the extraordinary things this place has produced, such as two-thirds of the world’s linen or the most famous ship in the world, but more specifically the men and women, who, although mentioned only briefly in census and parish records, were the foundation for everything built there. It was their stories that took centre stage and in doing so become the lifeblood of the show. 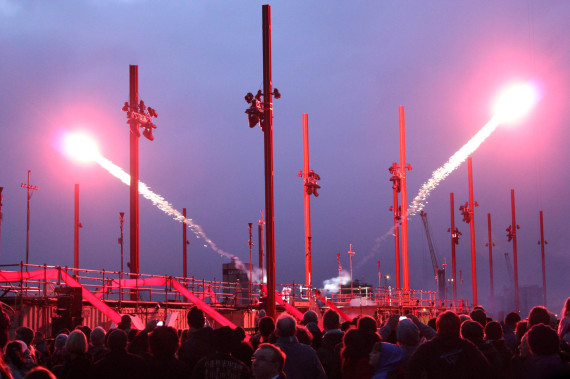 LAND OF GIANTS featured a 500-strong cast of exceptional local performers and musicians teamed with a stellar line-up from around the globe. These combined with breathtaking aerial stunts and state-of-the art digital animation, made LAND OF GIANTS a colossus that bestrode the Northern Irish landscape. Yet perhaps the greatest giant of all was the act of storytelling itself – connecting past and present to a future all could be truly proud of. 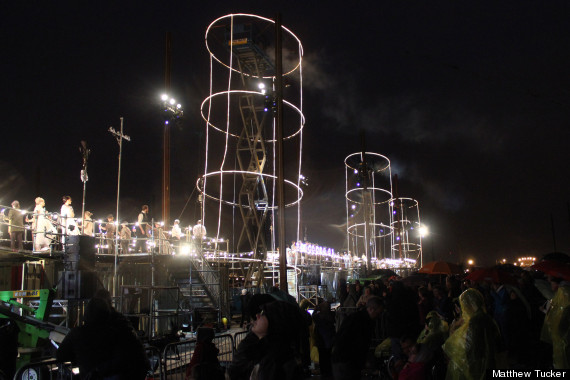 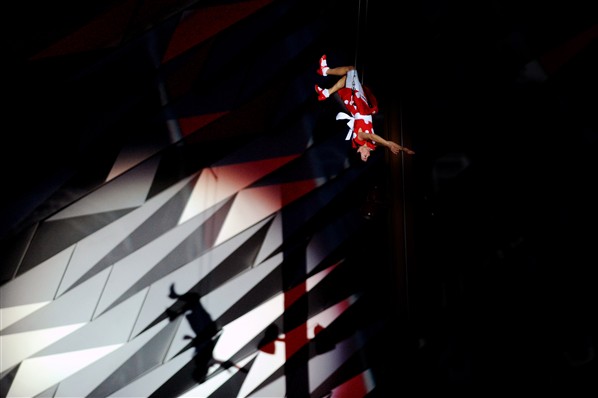 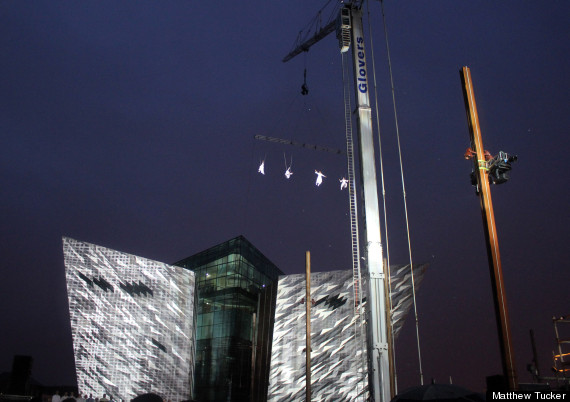 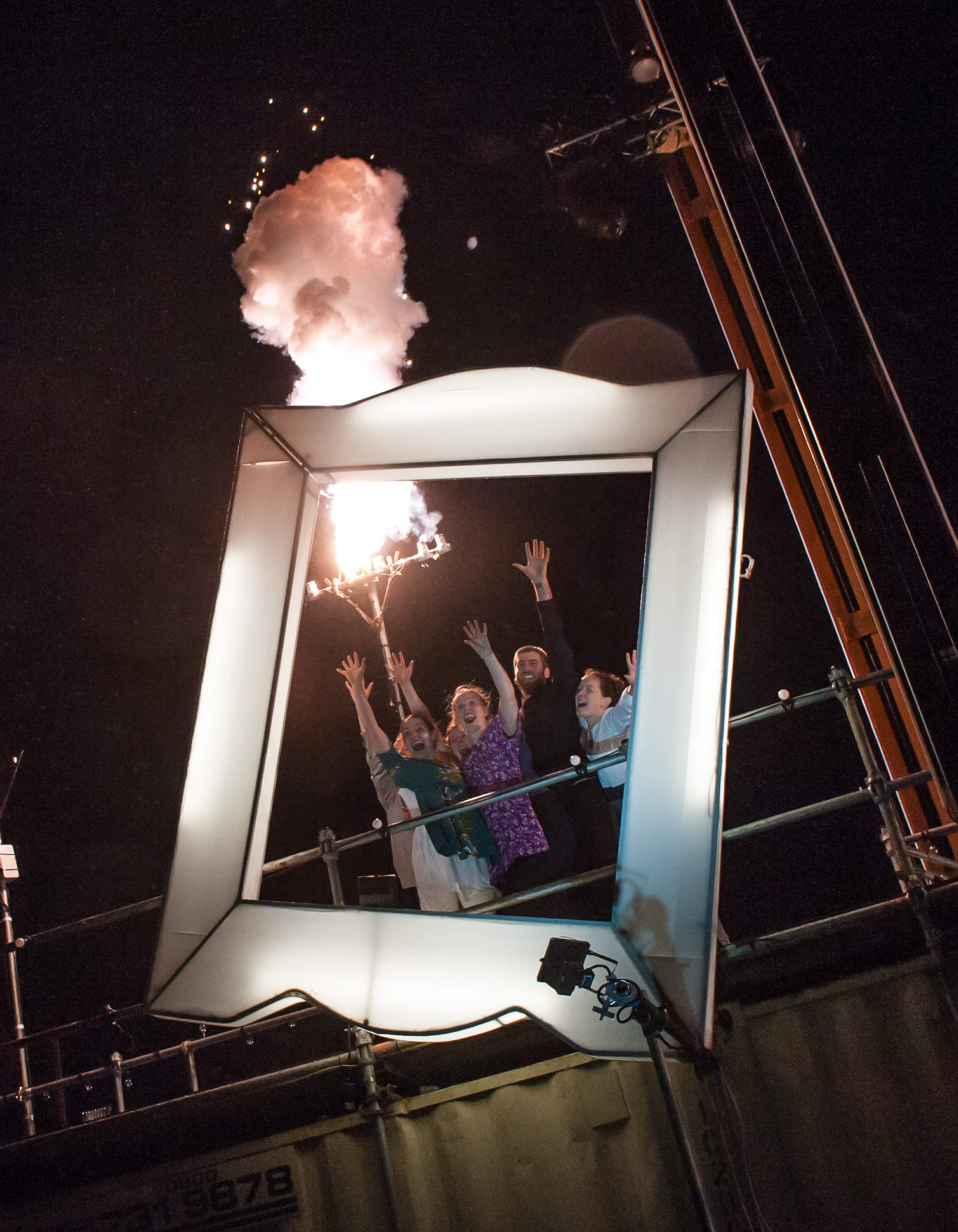 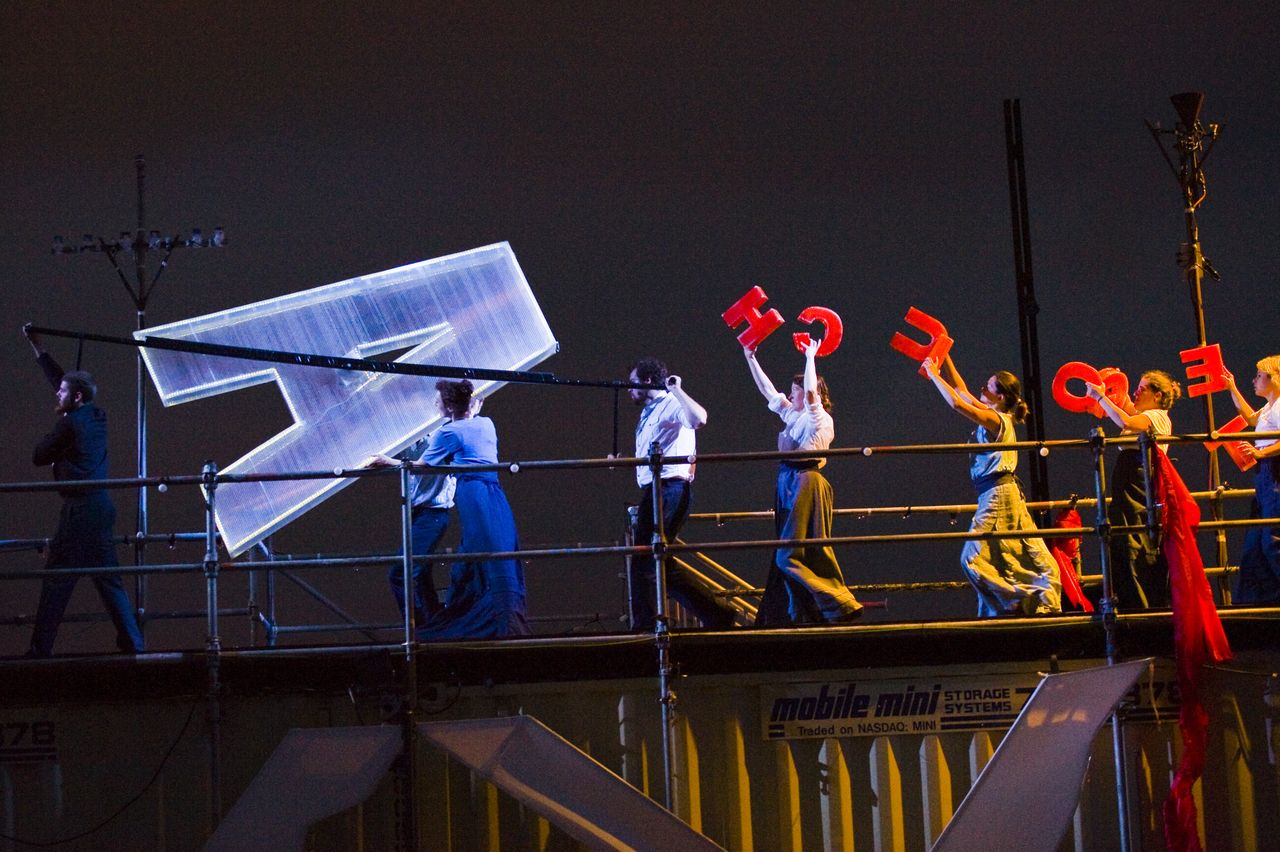 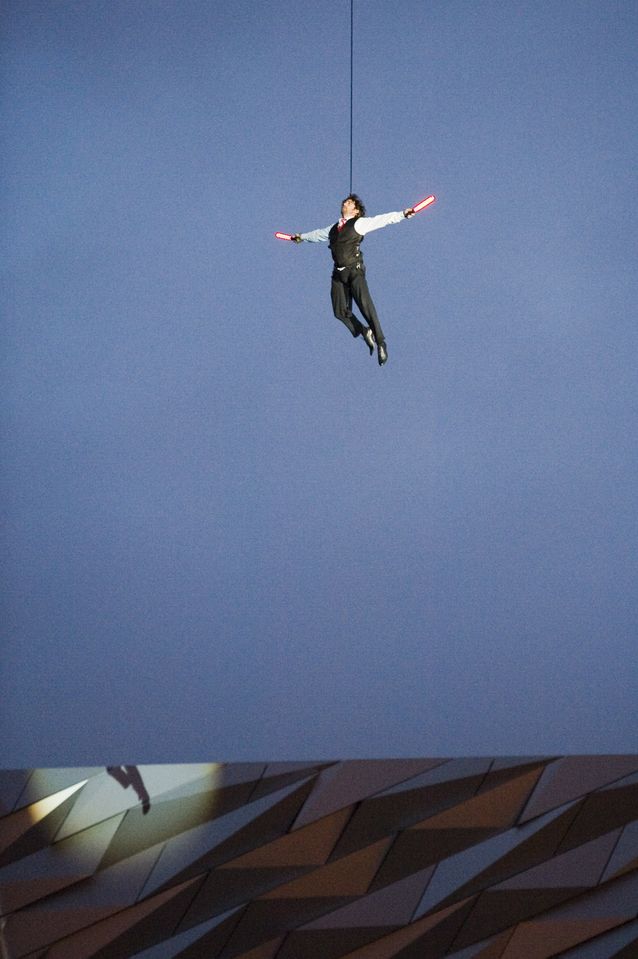